When I find a book I love, I want to share it with everyone. I want everyone to love it as much as I do and I want to talk endlessly about it. Music Box Sonata is one of these books. I was drawn in from page one and held captive until the very end. Timothy Hobbs, the author, is a master story teller and he did what so many authors these days fail to do... he took me into the story and opened up a new world for me. While I was reading Music Box Sonata, everything else disappeared.
Recently I sat down with Timothy and asked him about the book.
ME: Tell us about Music Box Sonata.
Timothy: Music Box Sonata is a retelling of Beauty and the Beast. I did some research on the Fairy Tale to find out exactly why the Beast was cursed. I read where a King and Queen had this son who was cared for by a nanny. When the King went off to war, the nanny tried unsucessfully to seduce the son. Because of her rejection, the nanny put a curse on the son to be a Beast forever.
I modeled the physical appearance of the Beast after a 1980's Hallmark Hall of Fame TV movie based on the fairy tale. George C. Scott played the Beast and actually looked more like a boar with his snout and curling tusks.
ME: This is a very creepy story that goes back and forth in time. The ending… which I don’t want to give away… was very disturbing with a wonderful ick quality to it. I’m just wondering, are you planning a sequel?
Timothy: I did not write a sequal to Music Box Sonata . I did another fairy tale variation. This one was a retelling of Sleeping Beauty of the Woods entitled Maiden Fair. It is the third in a series entitled Once Upon a Time in Texas as all of the books - The Smell of Ginger, Music Box Sonata, and Maiden Fair - are set in Texas.
Maiden Fair was published by Netherworld books in January of this year.
ME: Sounds interesting. I haven't read it yet, but it is on my TBR list. You also have another book, the Pumpkin Seed. I've read it and loved it. Care to talk a little about Pumpkin Seed?
Timothy: I wrote the first draft for the Pumpkin Seed in 1995. I put it away until I started editing the book in 2006. The story line follows journals that tell the tale. It begins in India in the late 17th century then moves to England in the 18th century and reaches its end in Austin, Texas in 1995. The journals move back and forth in time just like Music Box Sonata. The plot involves vampire-like creatures whose condition stems from a viral infection that physically alters their body. They not only drink blood, they are flesh eaters as well.
I think that's one of the things I found most disturbing about the book, their appetites. Plus, there is a delicasy that these vampires really loved and it quite honestly turned my stomach... which is a good thing. Too many times horror doesn't seem horrifying. You certainly have an imagination that I think is rare.
Thank you, Timothy for stopping by.
If you would like to read Music Box Sonata, you can find it on Amazon, along with The Pumpkin Seed and The Smell of Ginger. Warning: This is real horror. Not for the faint of heart. 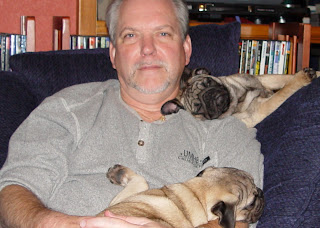