Book Review: I Left My Haunt In San Francisco 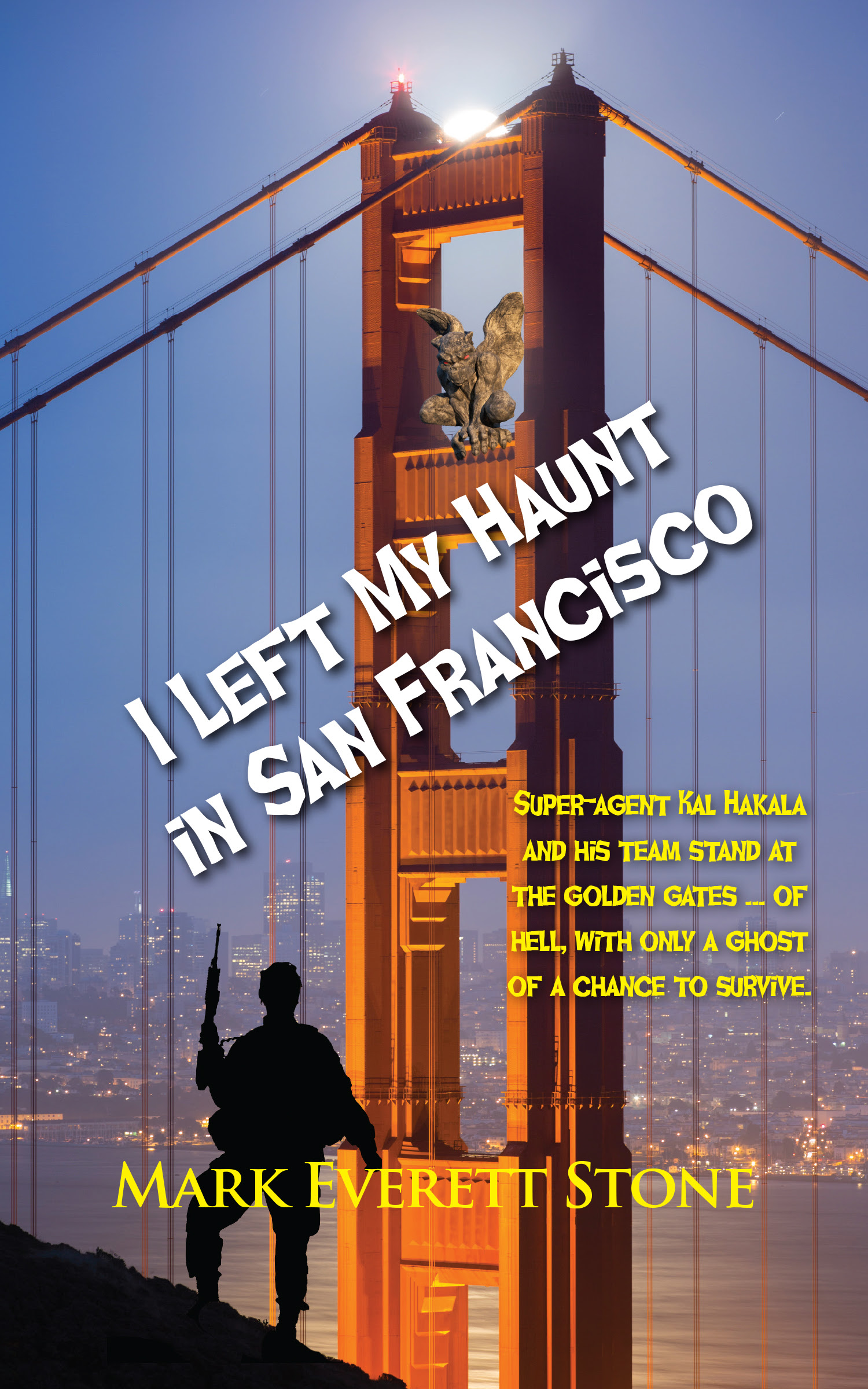 I Left My Haunt in San Francisco is the 3rd in the Kal Hakela series and Mark Stone did not disappoint. I even learned a little history along the way, which is one of the things I love about Stone’s books. If you read the last book, What Happens In Vegas, Dies in Vegas, you know that Kal faked his death at the end of book one, so that he could avenge his sister’s death. In book 3 he is working again for the BSI, training new Green Peas, when he is called into B.B’s office. A former BSI agent and a mentor to Kal, Thomas Mace, jumped to his death in San Francisco. Suicide isn’t something the paranormal investigators would normally investigate, but there is evidence there is more there than a simple suicide. Using his own blood, Thomas wrote Kal’s name on his shirt. Kal picks his team and they leave for San Francisco.
That is when the real fun begins, from a disgruntled cop, who resents Kal to a ghost that protects San Francisco… and hates Kal. He can’t seem to catch a break in this book and his rage, which used to make him such an unbeatable force, is strangely absent. Kal needs to learn to rely on his friends to help him out, more so than usual, as they battle an enemy that seems to know what their next move will be, even before they do.
I loved this new angle. In the first two books, Kal was a force on his own. I sometimes wondered why he even needed a team. In San Francisco he has a new depth, new fears. He stands a real chance of dying and in fact comes close. There are also all the elements that I love from the first two books. His cop friend, Wilkes, is back, along with Canton and Winch, plus some new faces. I was sad that Ghost wasn’t included, but if they’d had him they may not have needed their ghostly new friend, Joshua Abraham Norton, the Emperor of San Francisco. Look him up, there is some real life history within these pages.
The ending of the book is absolutely explosive and another enemy appears, just as you think everything is all wrapped up. This is where Kal learns just how much his friends care about him. I am already looking forward to the next book. Go buy it. You won't regret it. 5 Stars!

Be sure to check out his first two in the series as well as The Judas Line, a stand alone book that is not a Kal Hakala book, but I still kept expecting him to pop up.

Born in Helsinki, Finland (The Land of the Uncommonly Stubborn), Mark Everett Stone arrived in the U.S. at a young age and promptly dove into the world of the fantastic. Starting at age seven with theIliad and the Odyssey, he went on to consume every scrap of Norse Mythology he could get his grubby little paws on. At age thirteen he graduated to Tolkien and Heinlein, building up a book collection that soon rivaled the local public library’s.
In college Mark majored in Journalism and minored in English. The newspaper business wasn’t for him, so he did what every good writer does: find work in a wide variety of fields that included catering, bartending, and restaurant management. After getting married, he sold Hyundais (before they became popular) and, because he lives in Colorado, Subarus. Eventually he matured enough to be able to sit down and just write.
Posted by Lisa at 11:17 AM